Anyone interested in the extent to which the ideology of Zionism can make you blind to the obvious, and corrupts Israeli academic research, needs to read this article on the latest National Resilience survey. The “resilience” in question refers to how bullish Israelis are about the country’s ability to terrorise neighbouring states into submission – or in the language of the survey, how “afraid Israelis are of being attacked by an enemy state”.

What the survey reveals is that among Israeli Jews there is growing optimism, and among Palestinian citizens there is growing pessimism. The survey was carried out by Prof Gabriel Ben-Dor, director of Haifa University’s National Security Studies Centre.

Ben-Dor is surprised by his findings, which is understandable given the fear-mongering the Netanyahu government has been indulging in for years now over an ever-imminent attack from Iran.

Ben-Dor suggests that the result may reflect a lack of understanding among Israeli Jews about what is happening in the region. More likely it simply reflects the fact they have come to see missile defence systems such Iron Dome as offering them almost complete protection from retaliation. In other words, most Israeli Jews think they can kick arse in the region with no consequences.

But he is baffled by the results from the Palestinian minority. Or as Haaretz reports: “Ben-Dor said there was no obvious reason why Israeli Arabs would be more concerned about an attack than Israeli Jews.”

Well, I can think of a couple of reasons off the top of my head. One is that most Palestinians are worried sick by ever-more gung-ho Israeli governments that are looking to start wars at the drop of a hat. If you’re not a mindless jingoist like many Israeli Jews, all the war-drum beating feels pretty scary.

Another is that, as we saw in Israel’s attack on Lebanon in 2006, although Israeli Jews in the north fled south to safety, either living with relatives or finding shelter with other Jews who threw open their doors, Palestinians in the north had nowhere to run. No one in the centre of the country offered to put them up, and they had no public shelters to hide in either because the government hadn’t built any in their communities.

They can also guess that, if missile defence systems are deployed to protect Israeli communities from attack, their own towns and villages will be the very last to be defended.

In other words, Palestinians in Israel have good reason to feel nervous: they understand how crazy their government is and how much more exposed they are to attacks than Israeli Jews.

Strange that the professor can’t see that for himself.

No one pays me to write these blog posts. If you appreciated it, or any of the others, please consider hitting the donate button: 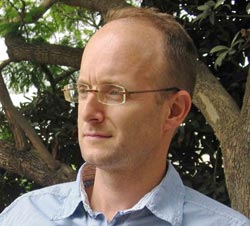 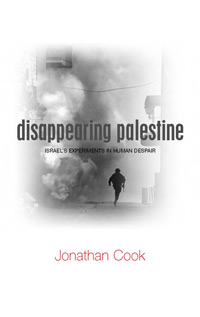 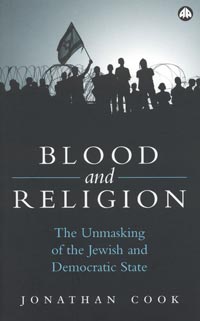